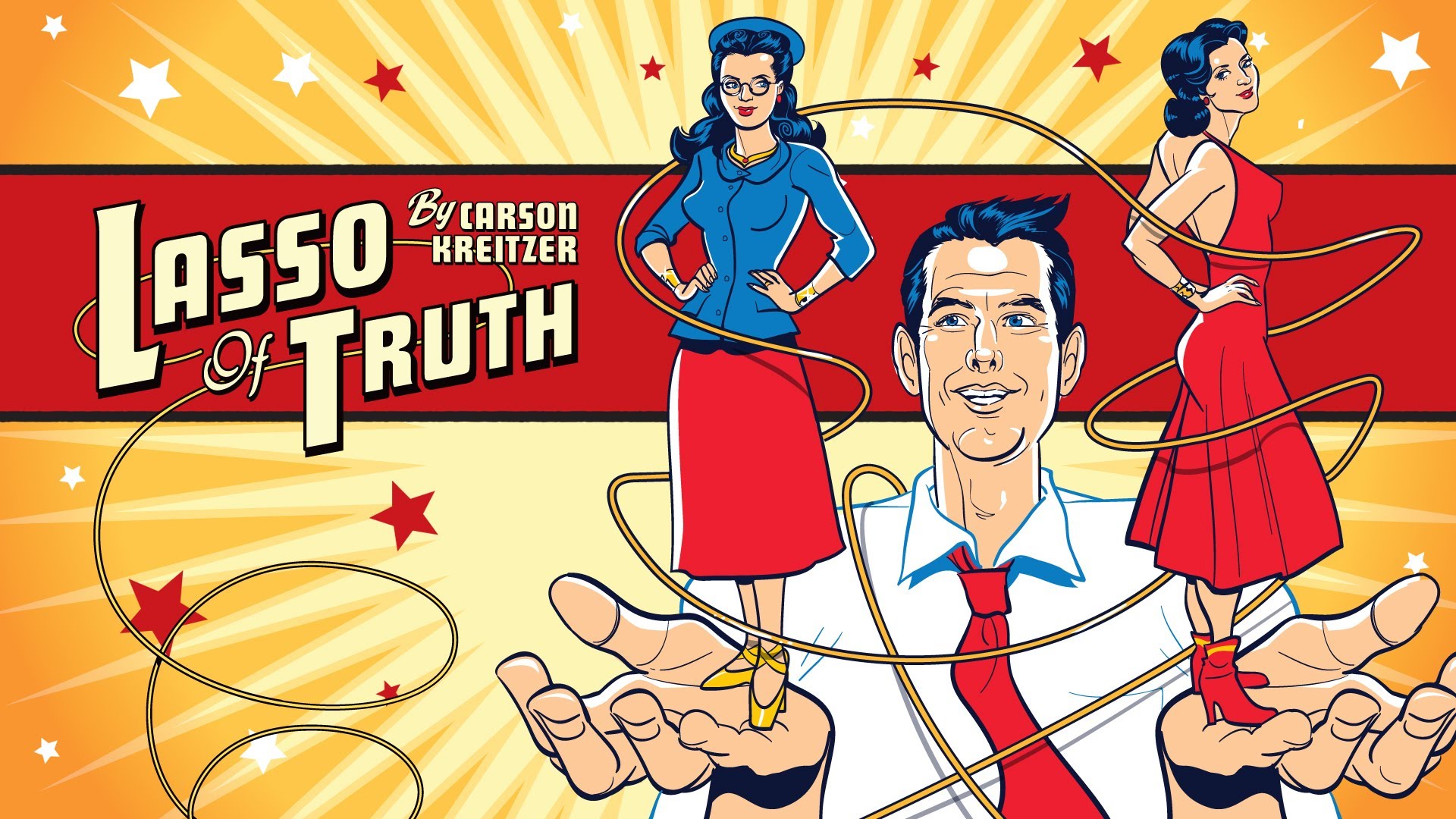 Response to Lasso of Truth by Carson Kreitzer

Lasso of Truth is a quest for truth and justice

Lasso of Truth is an exploration about the inventor of the lie detector test and the two women he lived with and became an inspiration for his famous creation: Wonder Woman.

A play Lasso of Truth exposes two stories. One is a dramatic version of William M. Marston, inventor of the first lie-detector machine, and the women in his life. He had kids by both women, and, after his death, the women continued to live together parenting the children. The other one is a modern tale about two characters. A girl, who is looking for a rare comic book of her childhood hero Wonder Woman, and a guy who owns the book though unwilling to share for some reason.

World of the play – The space is wide open. The mood on the planet is tense, meanwhile serious but delighted. The tone is passionate and violent. Mood and tone are created through light, sound and color. It is colored in red with circular shapes. Music is dramatic, sometimes tender. It is mostly in dark. Time is always short. It is happening in deep fall, mid November. It is non stop raining. You can hear the crowd but it is unclear. It is a private world. People are usually dressed up practical and conservative, meanwhile white is prevailing. Predominates the language of feelings rather than a dialog and discussion. The world has strong politics, governance and law.