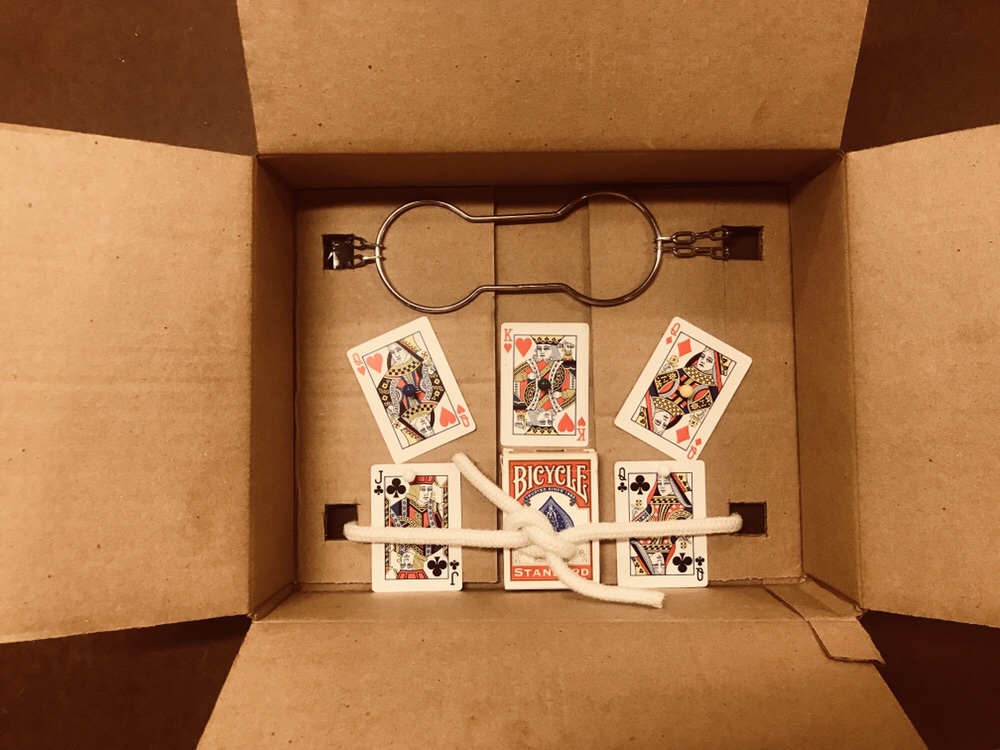 The following is the representation of the play Lasso of Truth by Carson Kreitzer using Joseph Cornell Box concept. I’ve tried to come up with an idea of showcasing the key ideas of the play such as characters, violence, bondage, lie, etc. I have the playing cards which represent the characters, such as King of Hearts – INVENTOR, Queen of Hearts – WIFE, Queen of Diamonds – AMAZON. And Jack of Clubs – GUY, Queen of Clubs – GIRL. The handcuff and rope are representation of violence and bondage, meanwhile the deck of cards meant to be a symbol of lie and truth. I do not mind this to be shared with Carson.

The following resources has been used: 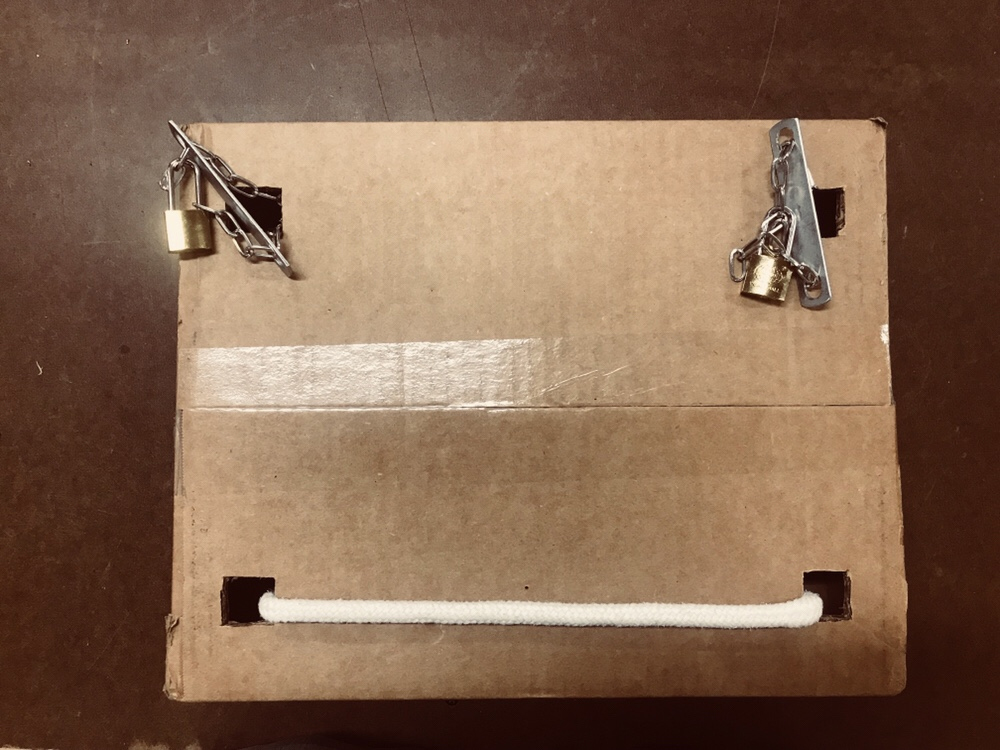