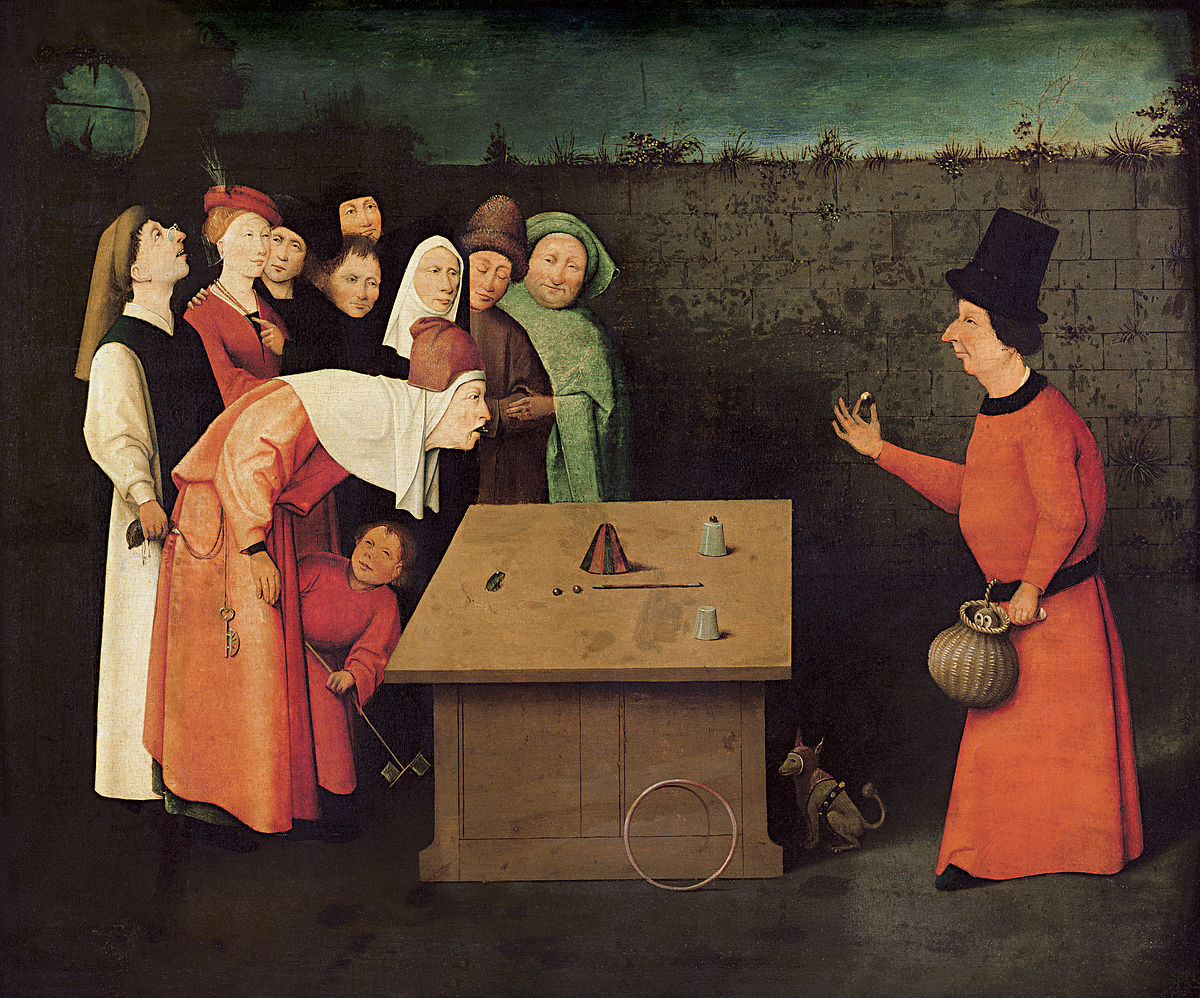 Cups and Balls considered to be one of the oldest tricks, which is being used by cheats, gamblers. The first evidences of the trick are dated more than two thousands years. Magicians take this trick to another level and make it more entertaining and amazing. The simple set includes three cups and three balls. There are some alternatives which use one cup and one ball. There is a saying that no one could be considered an accomplished magician until he had mastered the cups and balls. One of the great resources on Cups and Balls can be found in Magicana Sharing Wonder

For some performers, there is one weak point in this trick – it does not involve audience participation as most of the moves are being done by magician himself. So, that is why I decided to solve that issue and create a new piece which will include some interactivity from the public. So, my presentation was a performance piece which consisted of two parts 1) Classic Magic 2) PComp magic. The first part includes the classic routine of three cups and three balls. Meanwhile, the second part is a game which uses some technology. So, my idea was to create something that magician can use to guess under which cup the ball is hidden. Audience member takes a ball and hides it under one of the cups, whilst magician is turned back with his eyes closed. After some “magic” gestures, performer identifies where is hiding the ball.

Bellow you can check out the performance shot during the midterm presentation week with a lovely volunteer from my class Jiwon Shin․ I have done this performance thousand times, however the PComp piece was making me a bit nervous, as magicians take a lot of hours on practicing the sleights, but not at ITP, moreover during the midterm.

For the sake of keeping the magic secrets and code of conduct, I will not reveal secret to the public, though I will do some private documentation in the restricted are here. Hit me up if you are interested to learn more and tell me why. I will provide the password.